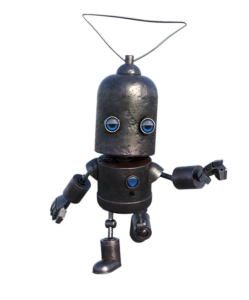 They have found me. "Who?" you might ask. Well, the FT8 robots. At first I thought, 'Nice, some of my fellow amateurs would like yet another FT8 QSO on this band when we already had a confirmed QSO.' and jokingly called them 'fans' but now I know better. Not everyone likes the FT8 protocol because it is too automated. Several radio amateurs apparently didn't think it was automated enough and use FT8 robots to be QRV round the clock. They ignore the fact that they already have several QSOs and even QSLs with the 'manual' FT8 users. This takes away a bit of the fun of FT8 and even creates annoyance.

In a presentation given by Joe Taylor K1JT (inventor of FT8 and creator of WSJT-X) at Ham Radio Friedrichshafen (21 June 2019) he indicated that there may be automated FT8 stations. This is based on the fact that they often appear to be QRV 24/7.

The calls in bold are the ones that (unfortunately) have found me or I have been lured into a QSO by this robot. 🙁

If there is a call that turns out not to be a robot, please inform me so I can remove it from this list. On the other hand, if you have encountered FT8 robots that are not yet on this list, you can also inform me so I can keep this list up to date. In this way we can help each other to counter these frustrating robots. Many of you already have contributed to the list. Most of the stations mentioned here are submitted multiple times by you. Thank you for that.

Wouldn't it be nice if the WSJT-X software had the possibility to compile an ignore list. A list of calls that will not be answered by WSJT-X.